All times were in BST ( British Summer Time ) 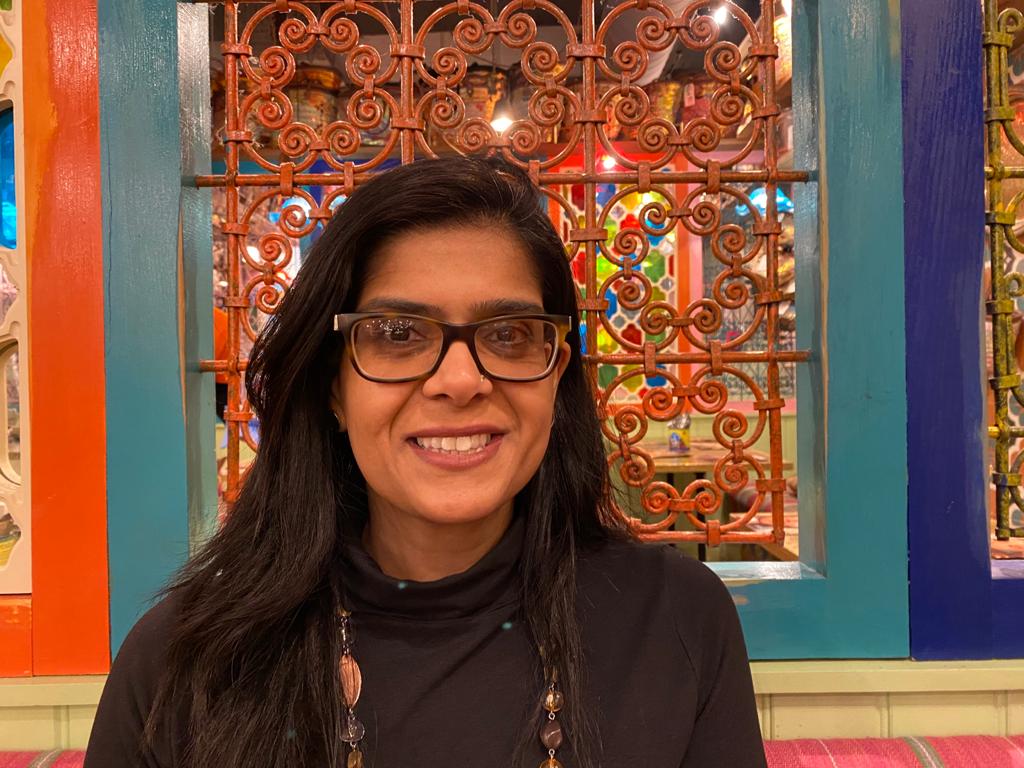 Deepa Vithlani, primary school teacher, entrepreneur and mum of 2 has been teaching in Brent Primary schools since 2006. She has a passion for the Early Years, Languages and Well-being. She regularly incorporates meditations and mindfulness in her teaching. Her linguistic background includes French, German and Italian. In addition to teaching she has a part time business committed to helping families save money which she works around taking care of her two young children.
Deepa embarked on a holistic and spiritually journey around 15 years ago when she experienced the incredible benefits or Reiki healing and worked on her own personal development to become attuned to Reiki Level 2.  Since then she has actively sought to learn about and experience holistic and spiritual healing alongside her children through crystals, tuning, sound meditation and more. She feels privileged to be a part of a network that fosters growth, spiritual awakening and healing through various but equally valuable methods. 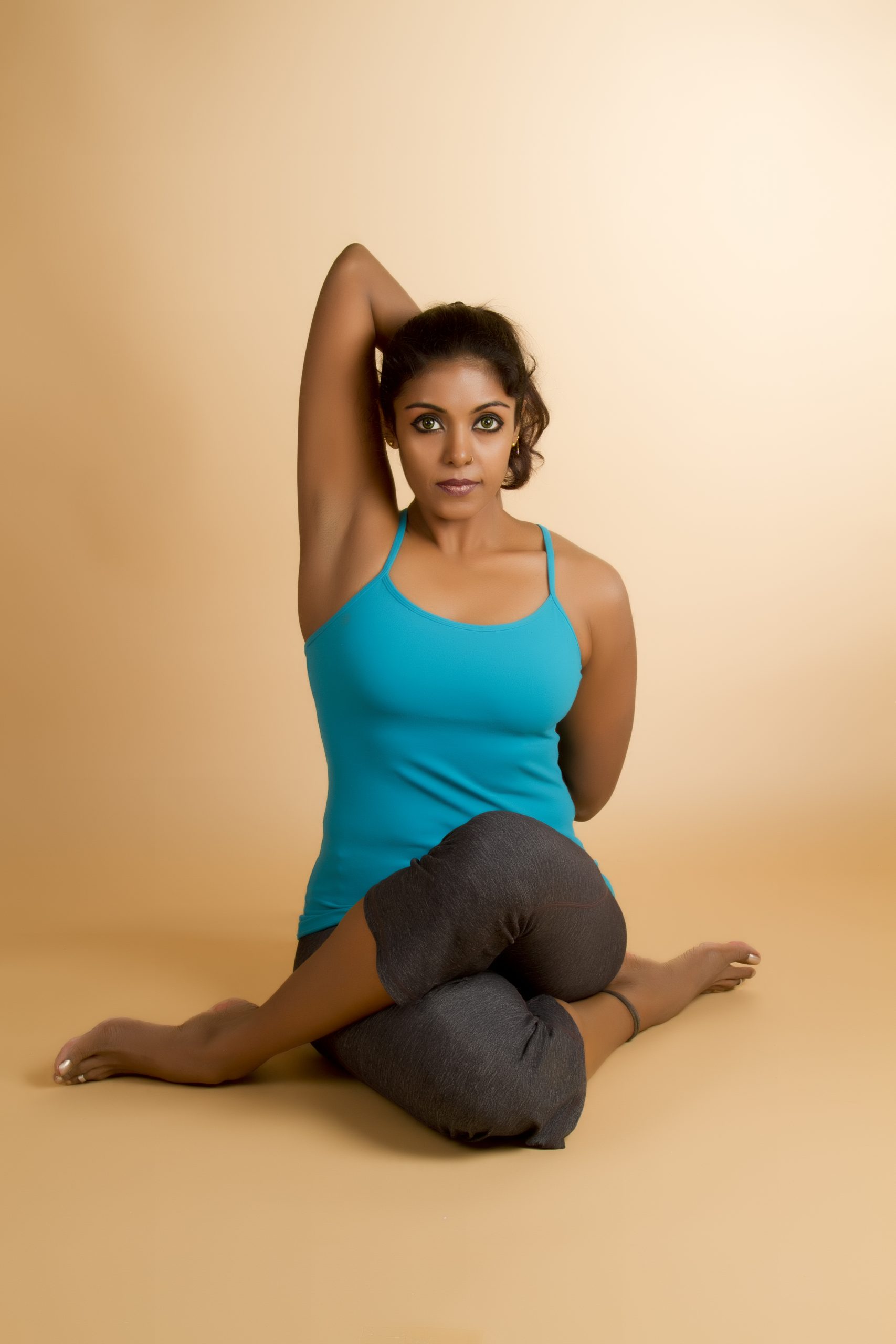 Sandhya Manoj
Cofounder of Manasa Yoga, Malaysia
– Sandhya started yoga practice at the age of 21 under Manoj Kaimal (her husband).
– She completed Manasa School’s first Yoga Teacher Training program in 2001
– She also routinely engaged and trained under Shri Patabbhi Jois directly and at the B.K.S. Iyengar Yoga Institution in Pune, the most famous yoga teachers in modern times.
– She started teaching yoga at the Manasa Yoga School in Malaysia in 2001, and later went on to teach at many corporates and educational institutions.
– Under auspices of Procter and Gamble she took workshops in all the universities in Malaysia on empowering women using tools of yoga
– She has written articles in major news papers, and has done many yoga series on Astro TV, TV 3 etc of Malaysia, as well as across different Malayalam TV channels. Newspapers such as Hindu, Indian Express have also featured her. 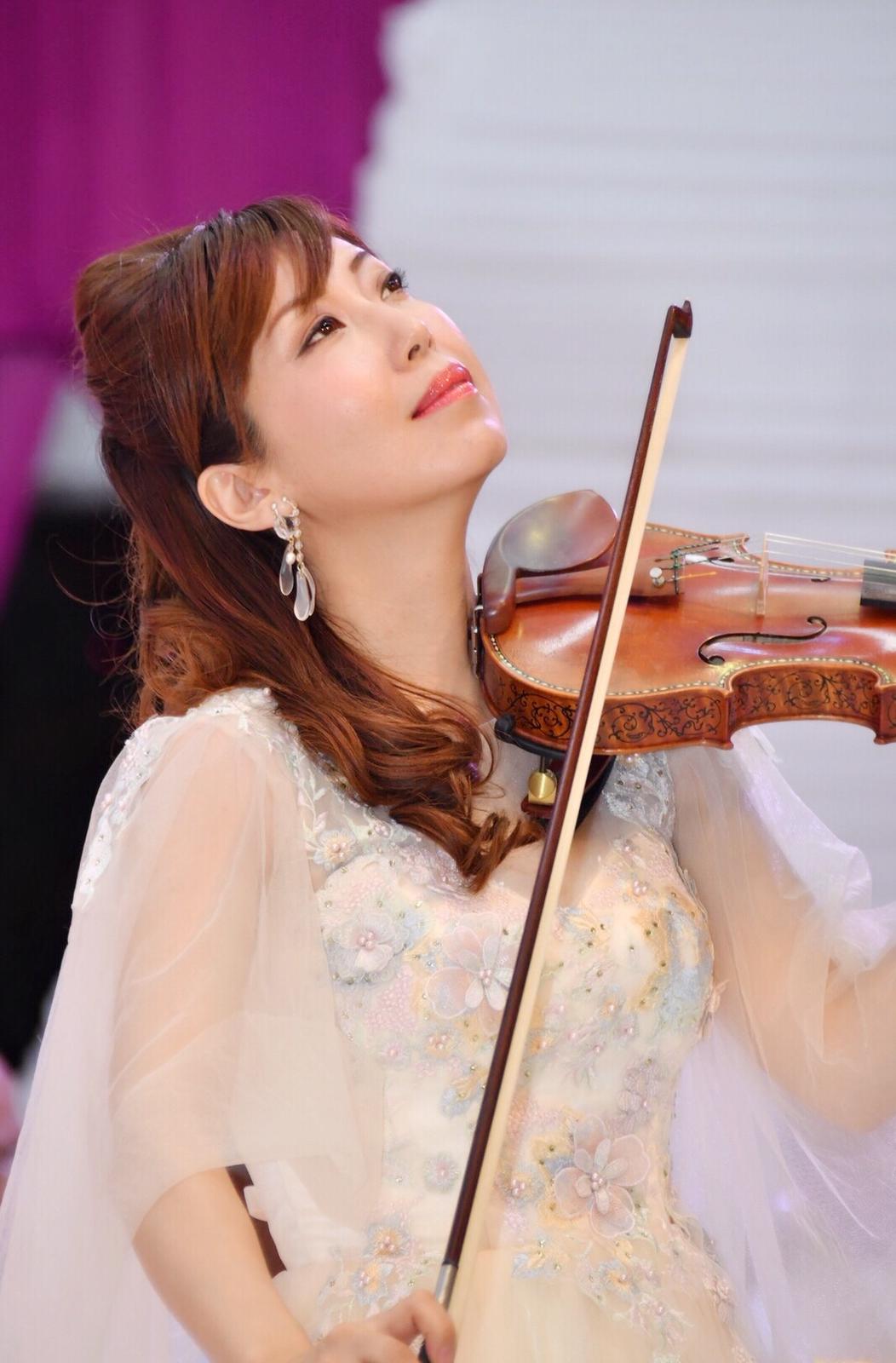 Originally from Japan, Ayako Ichimaru has made Hong Kong her new home. She has appeared as soloist playing Bach’s violin concerto in Japan just a few years after she started learning the instrument and won prizes in the All Japan Music Competition. She has performed at very special venues with the orchestra such as the White House in Washington D.C., the United Nations in New York and the Great Hall of the People in Beijing.

Her charismatic playing as a soloist has taken her to Europe, Canada and Asia . Orchestras in her native Japan have also welcomed her appearances. In 2002, she was the only foreigner chosen as a “Culture Ambassador of Hong Kong”. TV Asahi, one of the major national TV stations in Japan has featured her as a Japanese violinist who is extremely active in the local Hong Kong music scene.

She was the Music Director and composer of the musical “5 Elements” in 2004. “5 Elements” has been performed widely both in North America and Hong Kong. Her stunning and beautiful music can be heard in the award-winning (Best Parents Choice Award, NAPA Gold Disc Awards in the USA, Juno Awards nomination in Canada) CD “5 Elements”.

She has performed and spread her message with her original music of the “Peace and Happiness within” in India,USA,Australia,Japan,China,Taiwan,Philippines,Malaysia and Hong Kong.

Ayako’s music left a deep impression and special vibration to the audience as well as the political leaders of the world. 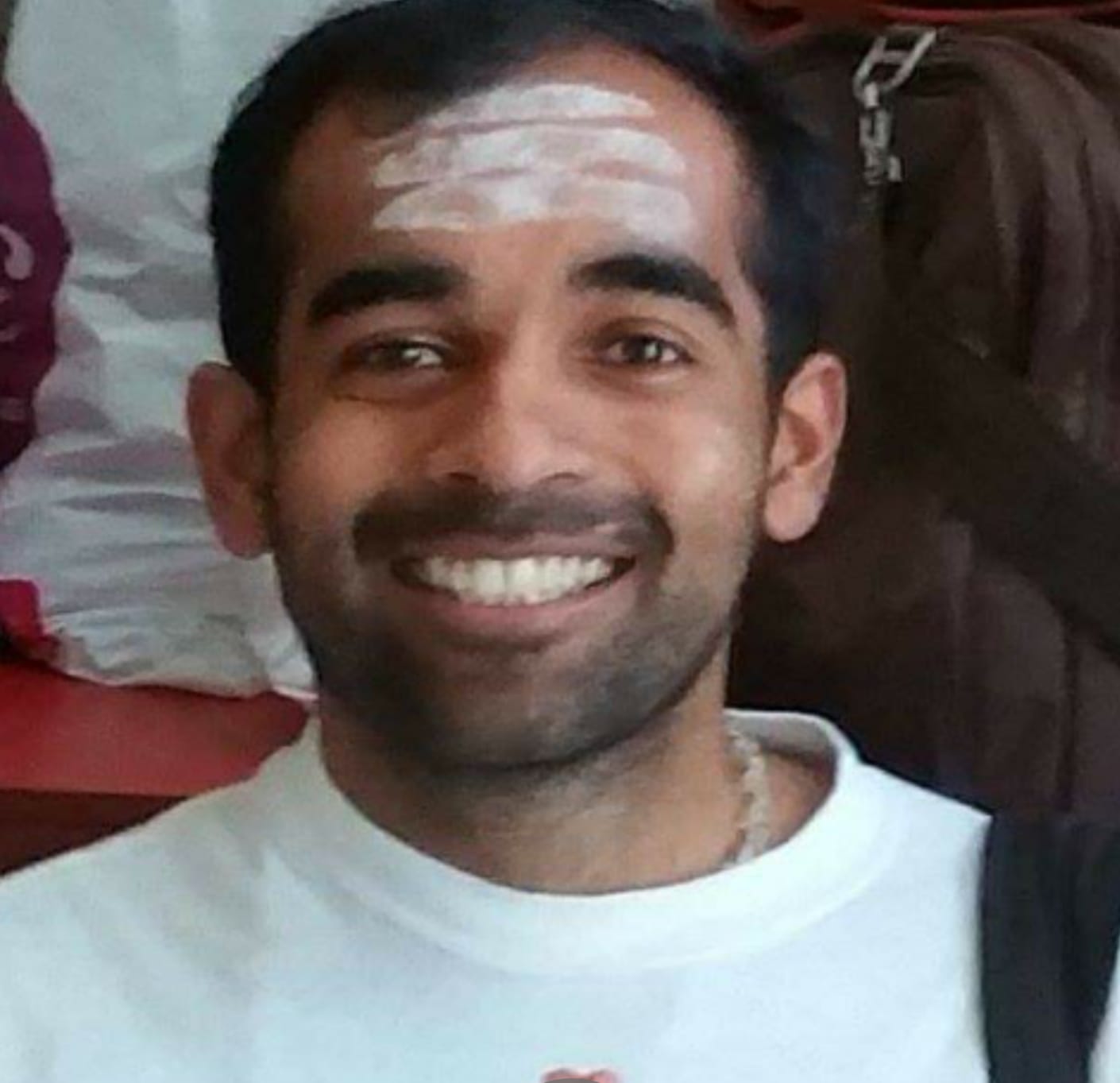 HariH om
Prashant Parikh
Session title: The Rise and Fall of Yoga
Intro: Prashant Parikh is a student of traditional Advaita Vedanta. His exposure to Shastras come primarily through Pujya Swami Dayananda ji and other Acharyas associated with Arsha Vidya Gurukulam, Sringeri, Kailash Ashram, Kanchi and Puri Peetham, and Anand Vrindavan Ashram. He has heavily invested in the preservation of the Dharmika narrative, and manages several mailing lists and groups online for the purpose, along with conducting Satsangas. 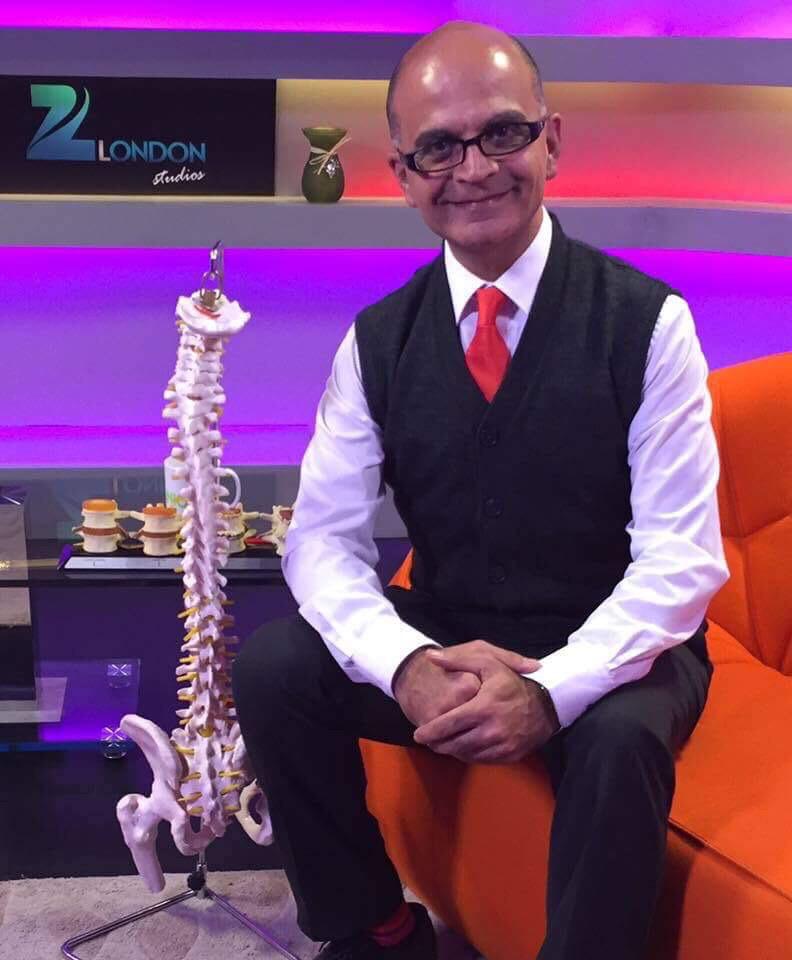 He also qualified with the Spine Research Institute of San Diego in the Masters Program in Whiplash Injuries (1994), hence has a keen interest in treating patients with whiplash injuries. Lalit Sodha, D.C. also prepares medical-legal reports for insurance companies and their patients.

Over the years, he has had the privilege of treating numerous singers, dancers and performers at Wembley Arena before and after performances. 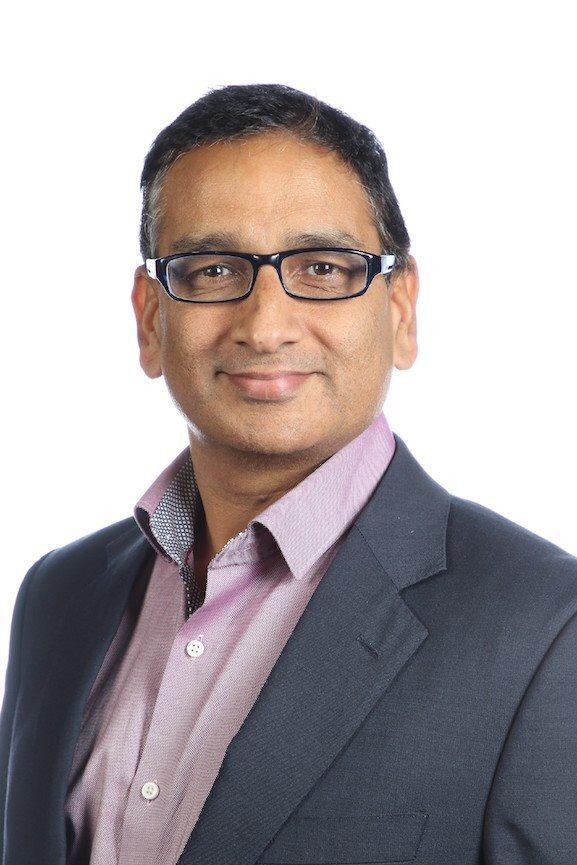 Effects of Pranayam in Covid

Dr Sunil Gupta is a Consultant haemato-oncologist based at Lewisham and Greenwich NHS Trust in South London.
He trained with few of the best institutes in the World, namely; Kings College Hospital London, Royal North Shore Hospital, Sydney Australia, National University Hospital (NUH) Singapore and All India Institute of Medical Sciences (AIIMS) New Delhi, India. Dr Gupta is currently leading the clinical research division in haematology in his trust and has been principal investigator of 10 national and commercial clinical trials.
Sunil is a trained and certified Yoga teacher by Patanjali YogaPeeth. Sunil founded a yoga centre – Healthy Living Yogashram  in 2017 and runs weekly yoga classes in the Bromley area of South London
Dr Gupta stood for councillors elections in 2019 from the conservative party and is currently the secretary of party’s Orpington branch
Sunil is associated with Jan Swasthay Sehyog ( JSS) – a low-cost health service running in Bilaspur, Chattisgarh. He regularly  helps the organisation academically and financially
Sunil was invited to deliver a lecture in the parliament on the topic of the scarcity of stem cell donors amongst BAME group in 2018 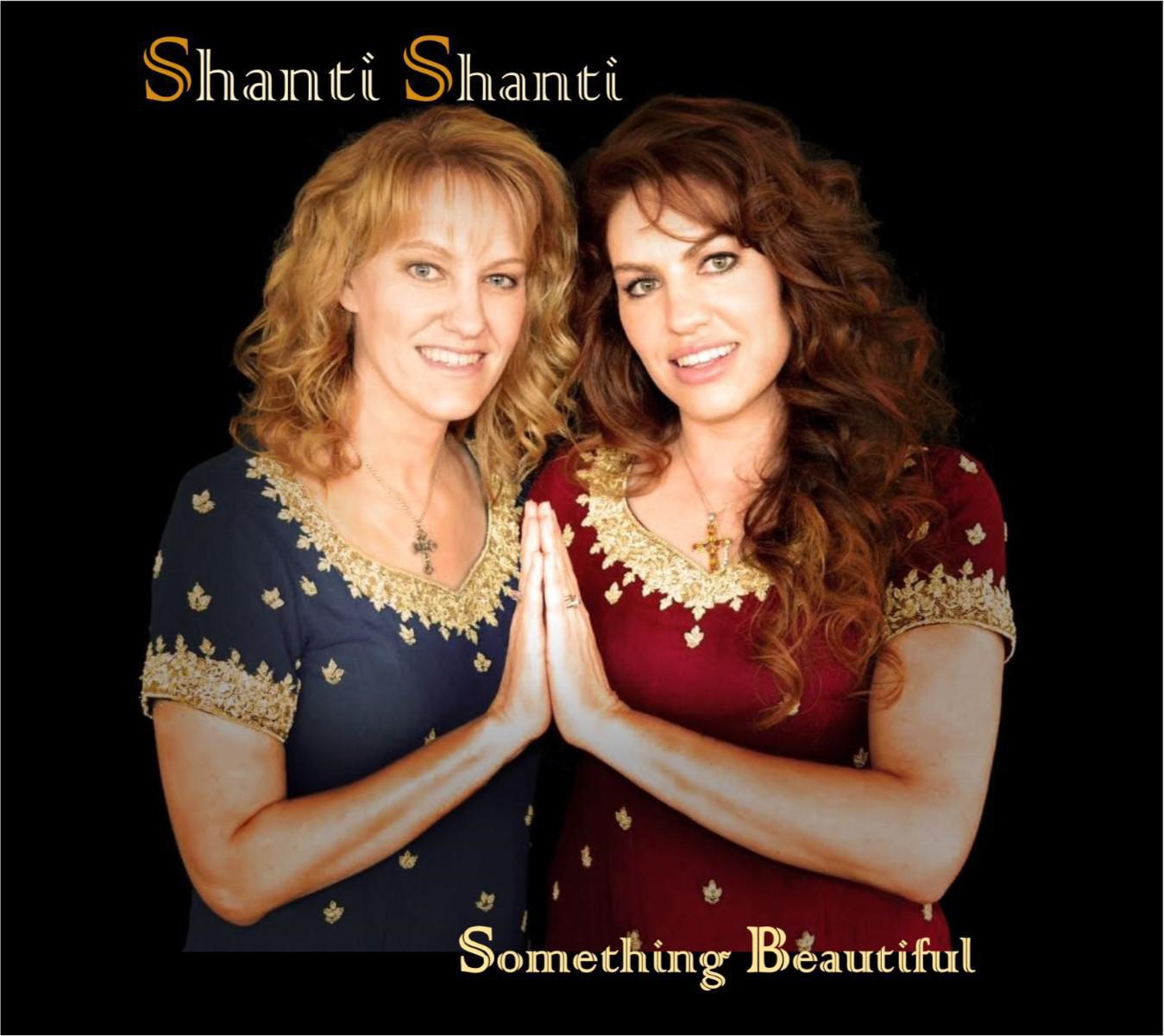 Featuring a LIVE HEALING RECITAL & PERFORMANCE from their latest album!
Deepak Chopra said of Andrea and Sara’s unbelievable journey: “An inspiring odyssey of finding the Divine in everyday life”
Today, Shanti Shanti are the only Sanskrit all-female rock group in America. Raised in Nevada, USA, Andrea & Sara discovered in their childhood they could “spontaneously” read and recite Sanskrit – the world’s oldest language – without any prior training!
With their angelic voices and piercing Sanskrit pronunciation, they combine traditional Sanskrit recitation with popular lyrics, which gives them a sound unlike any other in the world today, with over 9 albums to their name! 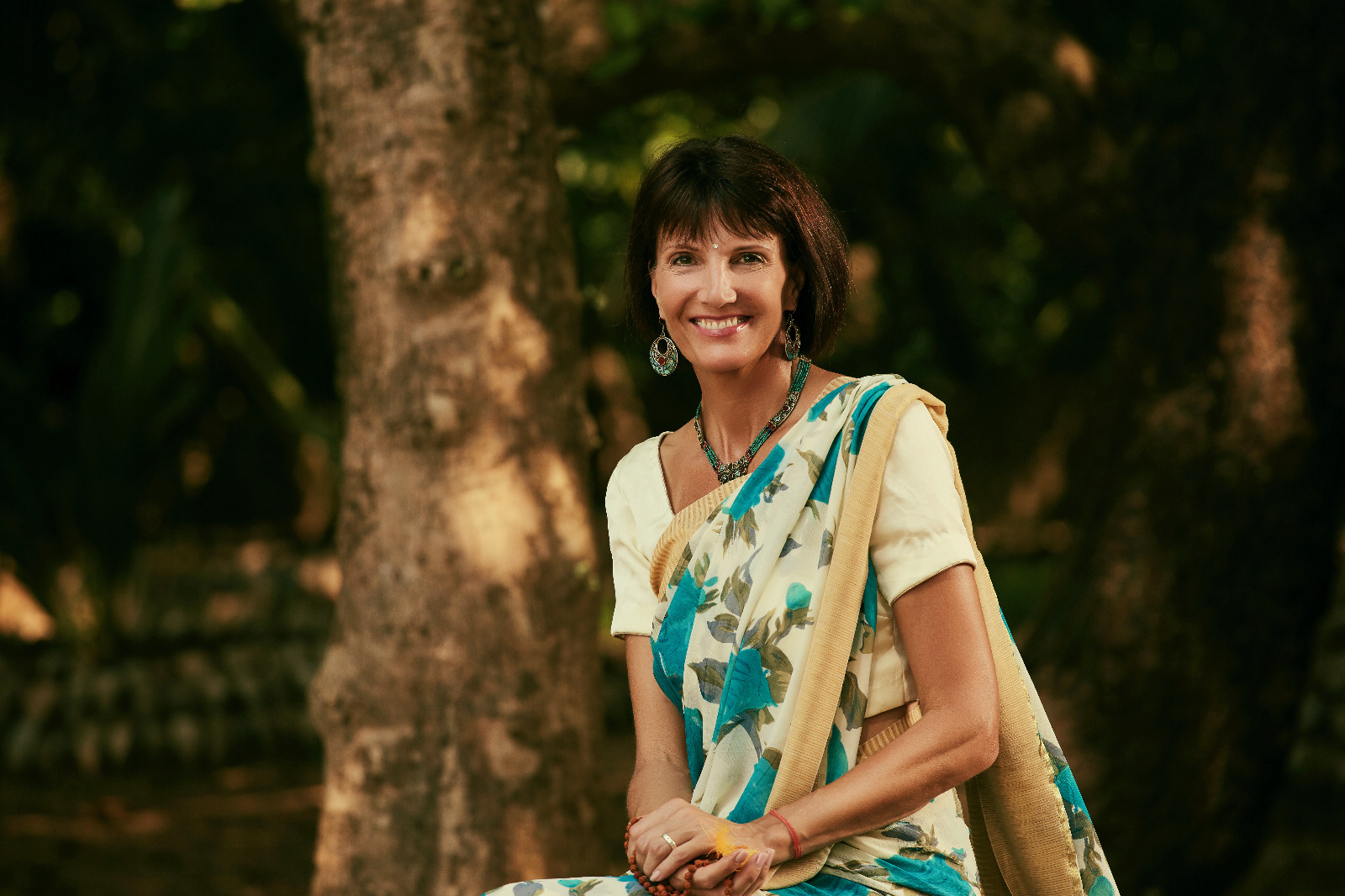 Anandi (Alison Francis) has been in the wellness field for 30 years. She’s an Ayurvedic consultant, senior Akhanda yoga teacher, Akhanda yoga teacher trainer, and founder of The Sleep Guru.  She’s also a certified Chopra meditation teacher.
She’s the creator of Sleepology, a new wellbeing process and in-depth enquiry into the causes of stress, exhaustion and sleep issues.  She’s also the author of ‘Breathe Better Sleep Better’ which explains how to use the breath as a healing tool, not just for sleep, but for wellbeing as a whole.  She has appeared in the press all the major glossies including Cosmopolitan, Women’s fitness, Psychologies, Daily Mail, In the Moment, Spirit and Destiny and the London Evening Standard. 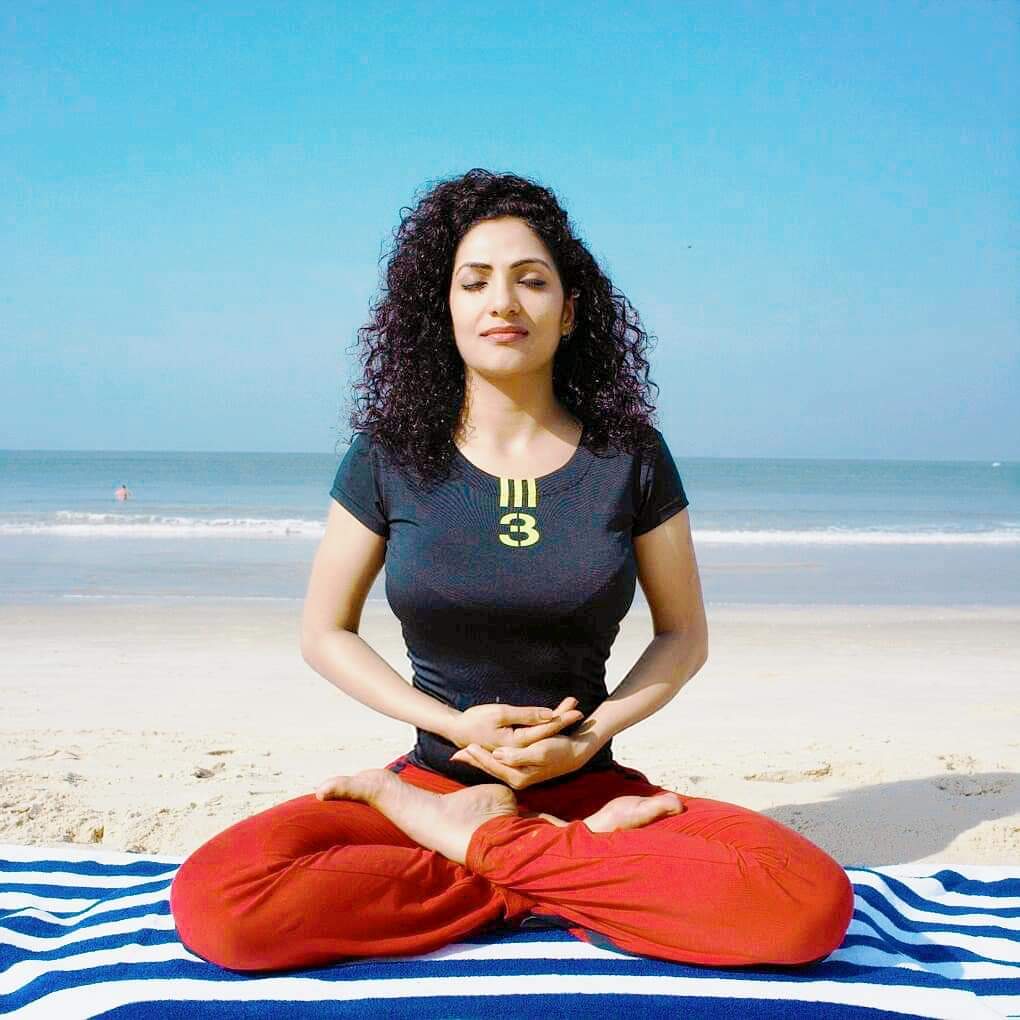 Qualified Masters in Finance and Doctorate in Nature Cure and Alternate Medicines, she’s conducted workshops across the globe at Zurich, Rome, Singapore, Srilanka, India etc. She’s been the Cultural Ambassador of Folk Dance, having won 18 consecutive Folk Dance titles in India and America. 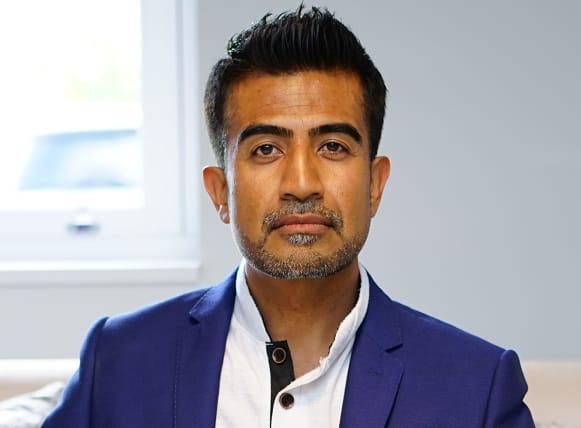 Prash Is an international wellbeing and mindset coach, speaker, Podcast Host and social media influencer, who is the Founder of Urban Spirituality, Mantra Therapy and StressToSuccess

He has worked with global corporates and community spiritual organizations over the past 25+ years. 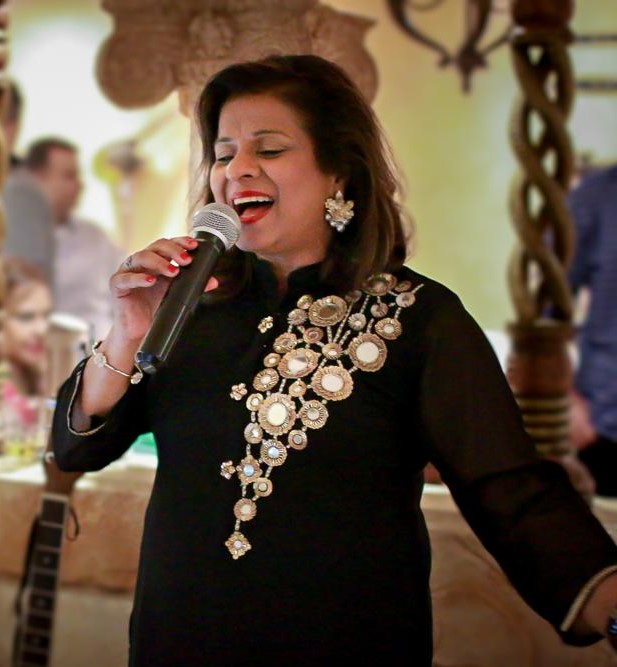 A Singer, Songwriter, Composer, Guitarist, Recording Artist and Producer. Since 1985 this female artist has performed over 1,000 International Concerts in over 25 countries including Aruba, Canada, the Czech Republic, Gibraltar, Hungary, India, Indonesia, Kenya, Latvia, Panama, Philippines, Poland, Singapore, Spain, St Maarten, Thailand, UAE, UK and USA. She is one of the few female Indie label artists in the UK and has 8 solo albums to her credit. She sings in a variety of languages and promotes Unity in Diversity through her music. 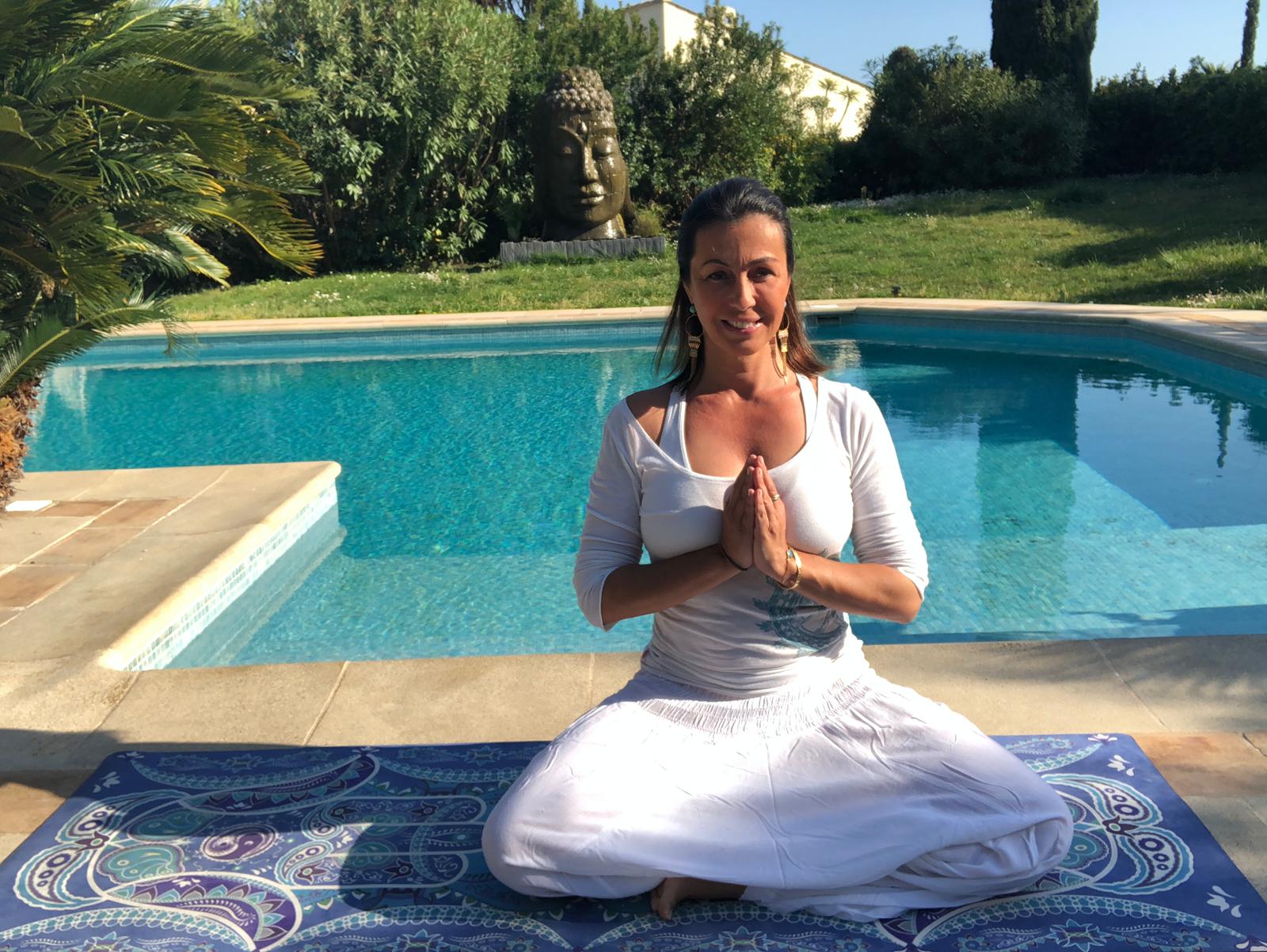 Magali Mazzei, the founder of LYLIS the education center based in Antibes, French Riviera is an international registrated yoga teacher (RYT500) and Chopra Center certified Vedic Master Educator.
Where there is matter there is geometry!
Magali spread in her workshops the wisdom of the vegetale intelligence and how creatively connect to the higher states of consciousness we are made of by using the five gateways to our inner pharmacy and source of rejuvenation.
Sound bath, guided dance meditation as well pranic vinyasa flow is a natural part of the sequencies. 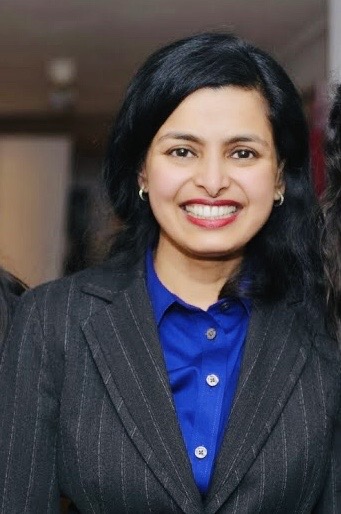 Sarita is the Managing Director of Inndus, a printing company based in Elstree.

Prior to that, she ran a training business which followed a career in the travel sector.

Sarita is a NLP Master Practitioner & started her spiritual journey several years ago when she joined the Art of living foundation (AOL) & is now an AOL teacher who conducts various wellbeing  courses including breathing techniques, meditation & yoga 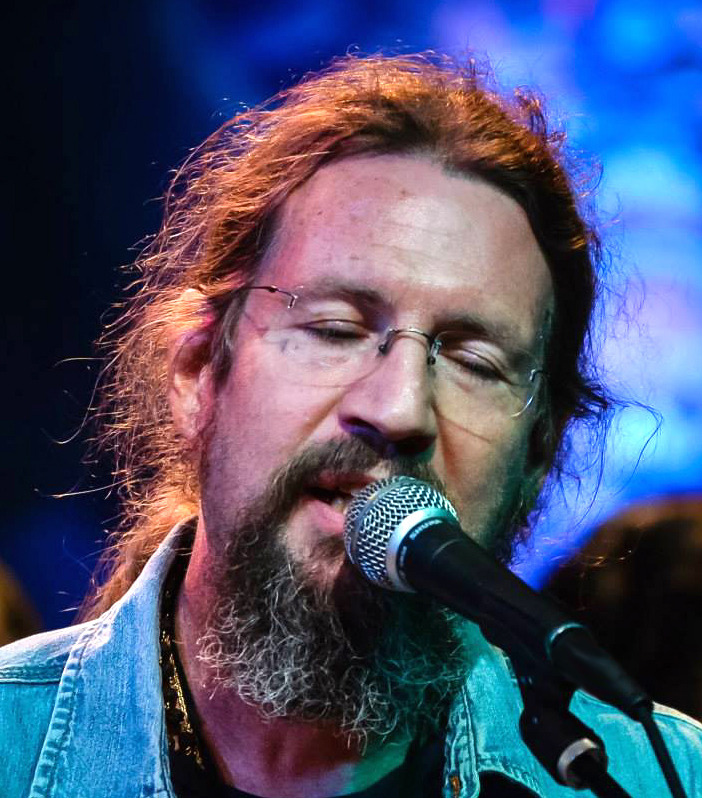 Natesh is known for his ecstatic live kirtan and highly regarded Bliss of Kirtan album. He has led kirtan at over 700 public events since 2004 and appeared at BhaktiFest, Shakti Fest and several other festivals and conferences. His kirtan has been described as amazing, transformational, blissful, full of bhav, and nourishing the Soul. He has composed over 200 chants and has also offered his blissful chanting as an inspirational backdrop for yoga classes.

His album has been called “a lovely and profound offering,” “a realm of enchanted bliss” and “stunningly beautiful for the ear and for the soul.” 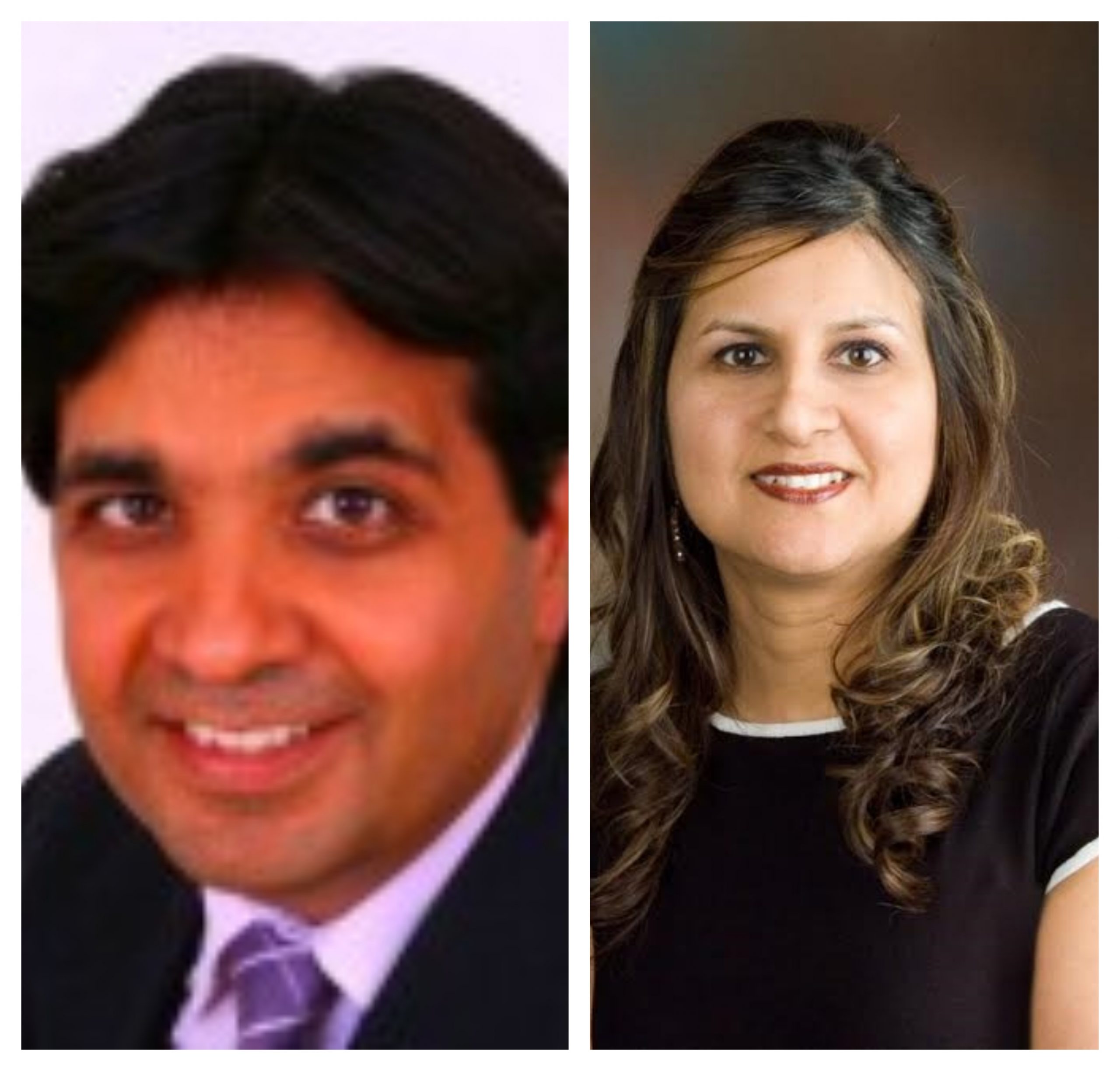 Ravi Bhanot and Sushma Bhanot are Directors of The Ayurveda Institute of Europe and Coolherbals. Ravi has qualifications in ayurveda, pharmacy, nutrition, homoeopathy, chiropody and massage. Ravi is author of 4 ayurvedic books, inventor of Nutrigro Hair Retention Plan. He is a Fellow of The Royal Society of Arts, a senior Justice of Peace and Co Founder of Sewa Week and Make It Beat charity.

Sushma Bhanot has qualifications in Pharmacy, Homeopathy and Ayurveda and is an ayurvedic researcher. She has written 3 books on natural health and well being, including inventing The CoolSlim Plan.

Sushma is Co Founder of The Great British Chai Party Charity, Make it Beat Charity and was recently recognised for ‘Outstanding Service to Promote Health & Wellness in the UK ‘. Patron – Binti International.

Jai Nitai dasa is from a professional background of consultancy in software development/testing in the investment banking industry.
He spent 10 years as a monk studying ancient texts of India focusing on practical application in modern society.
He is now married and serves as President of ISKCON-London as well as other international responsibilities.
Now with over 20 years of practice and experience, he conducts seminars and courses in top universities such as Oxford, Cambridge, Imperial and King’s as well as corporates such as HSBC, Barclay’s, Accenture and Clifford Chance. 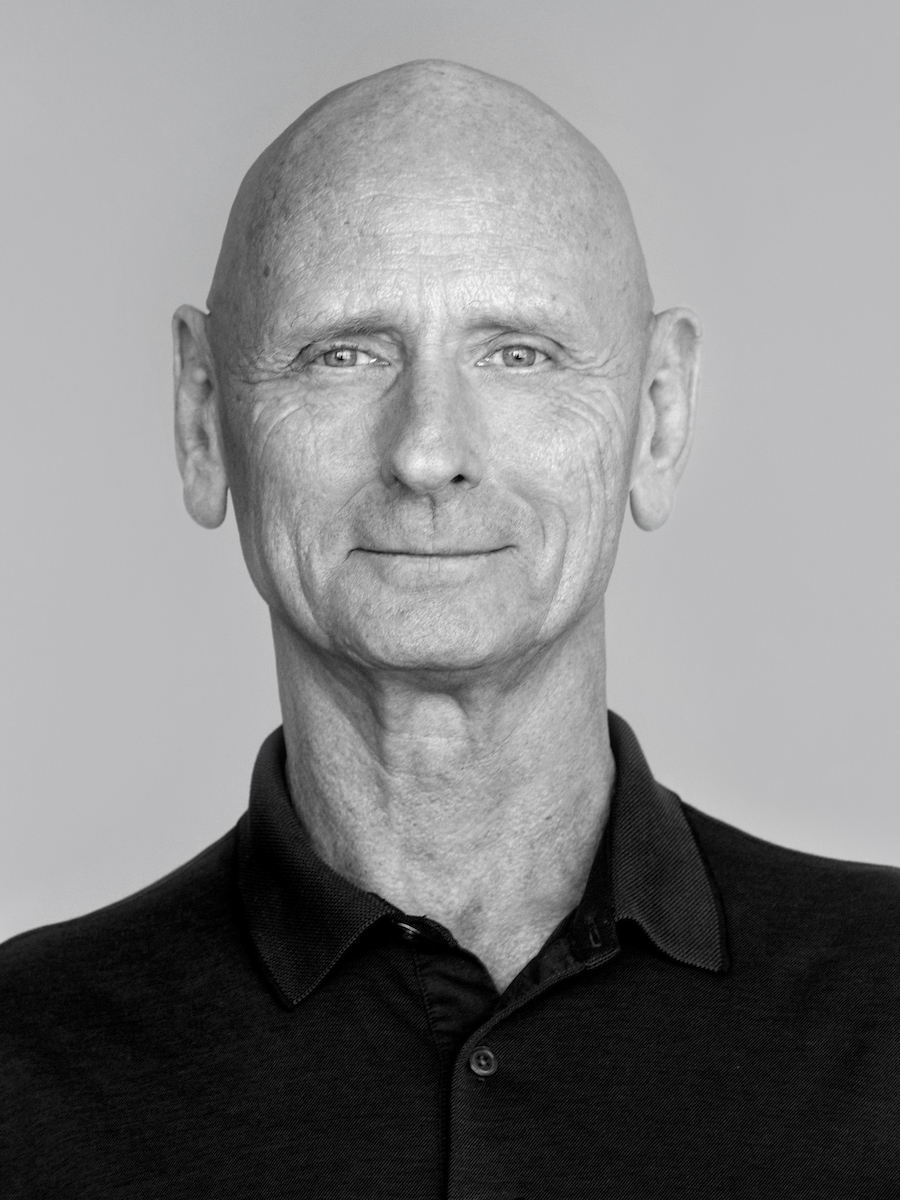 Gudni Gunnarsson is a wellness coach and yoga instructor and the creator of GlóMotion Wellness. In the 1980s, he began his forty-year career as a fitness trainer in Iceland and became a pioneer in the wellness industry. As founder of Iceland‘s first professional gym and Fitness & Nutrition magazine, Gunnarsson quickly established himself as a leading contributor to the holistic approach to mind and body development.

In the early 1990s, Gunnarsson worked as a holistic life management consultant for celebrities and business executives in Los Angeles. While in Los Angeles, he developed Rope Yoga Fitness, which he later combined with his life coach philosophy to create GlóMotion Wellness—a mindful fitness, transformational psychology and nutritional program empowering people to be the change in their own lives. 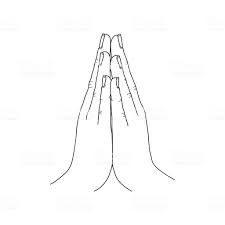